Today we received accreditation from the Better Business Bureau (BBB) and we’re so proud we want to shout it from the mountain tops. However, since we are not on mountain tops and it is rather late at night, we’ll happily post it to the internet via our blog and social media pages.

According to its website, the “BBB helps people find and recommend businesses, brands and charities they can trust.”

Basically they help you, the consumer, know that you’re dealing with a reputable company that delivers on promises. Why does that matter to us? Honestly, because we save people so much money by monitoring and switching their energy supplier that it is a little unbelievable.

If you want to become a believer, sign up at http://www.EnergySimp.ly.

Energy Simply customers are part of a special market segment. Busy, upscale professionals who are sophisticated in leveraging their consumer powers. That is why we’re dedicating today’s post to the intersection of ES and EVs.

Recently, the Chevy Bolt EV was named Motor Trend’s 2017 car of the year. “Simply put, it’s twice the car for half the price of a BMW i3,” guest judge Chris Theodore said. “A better car, better package, much better handling, with twice the range.”

On the flip side of the news cycle, Tesla recently came under a bit of fire for announcing they’d no longer offer free electric charge-ups to their customers. Depending on how much driving and electric rates, the added costs are estimated between $300 to $1000 per year.

But we’re not just shilling for Chevy or slinging at Tesla. Those who wish to save on their fuel costs by purchasing an EV can save even more if they are in the cheapest electricity plan. Why? Because electric rates vary widely in Texas between lows of 3 cents and highs of 14 cents and if you are charging your vehicle you would not want to pay nearly 5 times more than you have to, right? So, smart and savvy consumer, sign up for http://www.EnergySimp.ly, and take a deep breath knowing that you’ll always have the cheapest electric rate available.

We blogged last week about the seasons changing – and the impact that will have on your electric bills. And it is about to get real in Northern, IL!

We are fans of Danny Neal and the Stormchaser’s blog. This morning  we woke up to news from Danny that Illinois can expect multiple inches of snow this Friday night and Saturday morning. 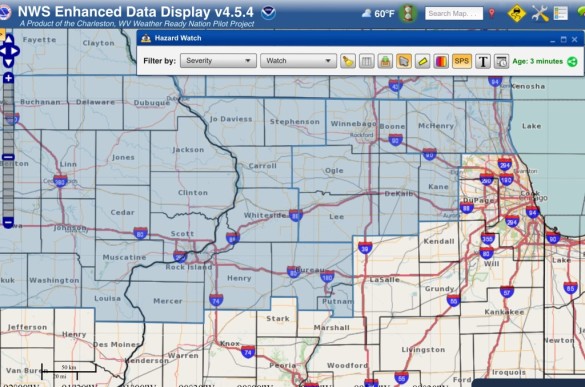 Hop on over to Danny’s blog and follow him on Facebook for great weather tracking…and, after you’ve done that – sign up with Energy Simply so you’ll know that you’re not paying way too much for electricity in these cold, dark winter months.

Last Sunday Rob, Gideon and myself discussed saving people money on energy on the Shalom Klein show which airs on 560 AM in Chicago.  Check it out to learn about deregulation, how Energy Simply can save you money and our plans for the future.